21 Things for My 34th Birthday 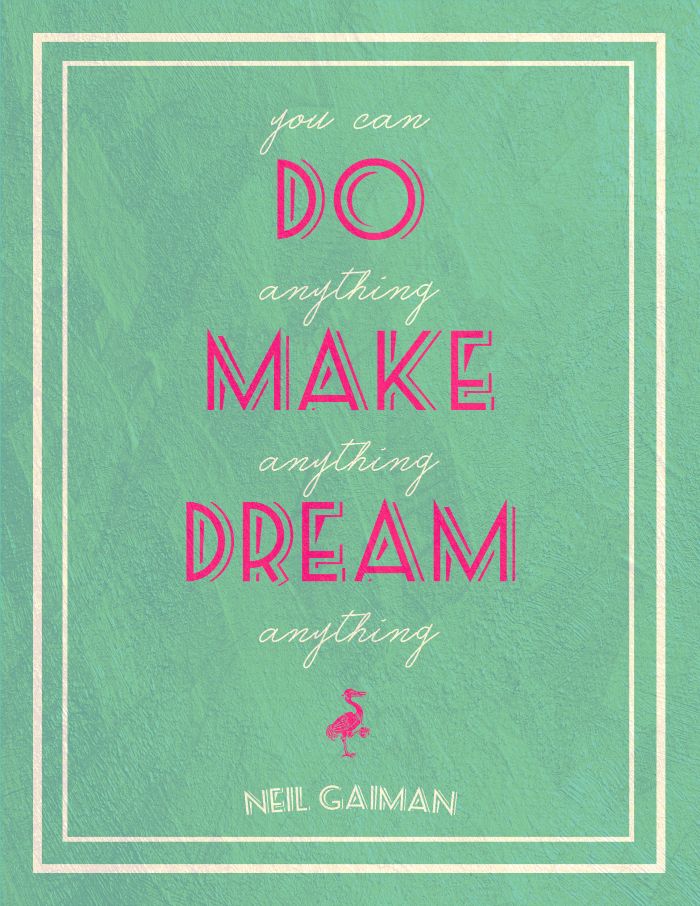 This is a different kinda thing I’m doing today. I had a wonderful, happy, fantastic birthday over the weekend and took some time to reflect on what makes me ME. And then I thought that it was sort of funny that all you awesome people take time out of your lives to read my crazy recaps about finding Cheetos in the couch, but most of you don’t know me outside of invisible internet land here. So I wrote out 21 things that will probably explain an awful lot. It would also be exponentially cool if you’d leave me a comment telling me something about you.

1. I am a total bleeding heart for all the animals ever. Stray dogs find me – it’s like they just know that I will protect them and love them and FEED them. I also brake for all birds, squirrels, frogs, snakes, butterflies, and any other little living creature that crosses my path.

2. Directly relates to #1 – I don’t kill bugs. Except house flies and mosquitoes because they are the most annoying and awful things ever. Spiders that wander into my house are caught under a glass and released. If Chad is not here to catch the spiders and take them outside then they will remain under the glass all the live long day so that I know where they are (<<<— learned that trick from my sister. It works).

3. I am basically terrified of spiders.

4. Once a huge spider fell out of an outside overhead light into my mop of hair. I didn’t realize that it wasn’t just a drunk moth hitting me in the head until the GIANT spider crawled out of my hair and down my arm 3 or 4 minutes later. I called Chad at work and left him a hysterical blood curdling screaming message that he saved and teased me with for months.

5. I only wear shoes when I have to. And those shoes are flip flops when I can get away with it. In my defense, they are always VERY nice leather flip flops.

6. I love listening to Bob & Sheri in the morning. It’s a local radio show but is nationally broadcast, and even though one of the hosts is only just a few years older than me, it’s been on since I was in high school. Love it.

7. My kids and I sing in the car. Loudly. It’s something we’ve done since they were old enough to talk. They know all the words to all kinds of music their friends have never even thought about because of this tradition. It is one of my favorite things everrrrrr. We also do not exercise discretion which means that if we are carpooling or have a guest in the car we sing anyway. No shame.

8. Coffee coffee coffee. My beverage of choice. Hot, iced, frozen, you name it, I love it. Unless Dunkin Donuts made it because that is not coffee. It’s sugary milk and is wrong.

9. I very firmly believe in speaking up. I think it’s reeeally important. People are often so concerned with minding their own business that they look the other way when they shouldn’t.

10. As an extension of #9, I also speak up when people are being straight up rude. If you jump me in line or treat your waitress like crap I will say something. I’ve really never had any problems with this, especially since I’m not jerky when I speak up, but Chad is convinced that one day my mouth will get me shot or something. I’m determined not to let scary or rude people run the show though, so I probably won’t shut up any time soon.

11. I refer to my other half by his name,Chad,  because we are not married and calling him my boyfriend sounds too trivial and casual to me. He’s my person through and through, and I really can’t imagine walking through life without him. We sort of drive each other crazy and it’s perfect.

12. I never tip less than 20%. Ever. This was probably the most controversial thing I ever posted on Sugar Dish Me’s Facebook page, but no amount of arguing or crazy justifications or what-if’s will ever change my mind. My tipping policy is to always err on the side of awesome. People remember that.

13. I have worked in A LOT of restaurants, doing everything from prep cooking to serving to managing. This isn’t really new information if you’ve read my ‘About‘ page, but since it lends so much to my professional background and my personal experience I thought it was worth mentioning. Restaurant work is HARD, but also interesting, really fun, and always different.

14. I am not a patient driver. At all. It drives me super crazy when the light turns green and everyone just sits there, or when no one uses their turning signal, or when people go at a stop sign and it’s not their turn. I grew up driving in a city with traffic and never had these problems. Where we live now is really rural but there has been some growth in the town, so basically lots of people that can’t function with other cars on the road are driving with other cars on the road. I would like to revoke the driver’s licenses of 99% of my county’s population.

15. I live in jeans and tank tops. There is nothing more comfortable than a good worn pair of blue jeans and a soft cotton tank. It’s like my uniform and has been for most of my life. In the fall I add a hoodie. #stylin #justkidding

16. I really really really like to read. It’s one of my favorite things to get really into a book and be all attached to the characters, and totally dying to get to the end of the story, while still feeling sad that the book and those characters don’t go on forever.

17. My sister and I have always talked about writing and illustrating a children’s book together. I really hope we do.

18. I procrastinate like nobody’s business. If I can push it to the last minute, I do. I have tried 10000 times to get it together and work in advance, but my creative brain does not operate that way and never has. Some of my best work happens under pressure. Once I wrote a short story for an English class while sitting in a math class 45 minutes before it was due. My teacher championed my efforts and the story was published. Ha!

19. I like getting into political debates with my oldest son. He’s really smart and is a thinker, so we sort of get into these dialogues where he asks questions or presents something new and we chew on it for awhile. I used to do this with my dad, and it was sort of like a game of wits. It drove my mom nuts because she thought we were arguing but we loved it. It also drives Chad nuts. History DOES repeat itself.

20. Our family spent the last 5 years living in a super crappy single wide trailer in the middle of nowhere with THE WORST neighbors in the universe. We were saving to buy our first house (and we did!!!) so we needed cheap rent and a short commute. I have never lived in manufactured housing before and it was an experience, let me tell you. Mad props to all the people that can live in and love a mobile home. I don’t share this fact much because there is a major stigma attached to living in a mobile home – people treat you differently. But we managed it and our efforts have totally paid off. I also managed to build a business while living there, and have never been happier with my job. So I’m owning it. It’s good. (You can see our crappy trailer kitchen that I worked in HERE)

21. If you have made it this far know that I love you for it!!! Seriously, readers are what make this blog, these words, all the food, the recipes, the sharing, and the community totally worth it. Hearing from you makes my day. 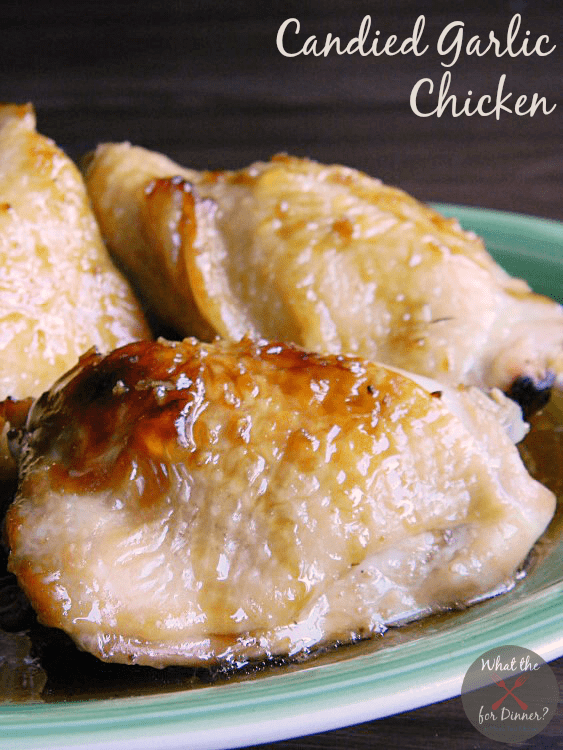 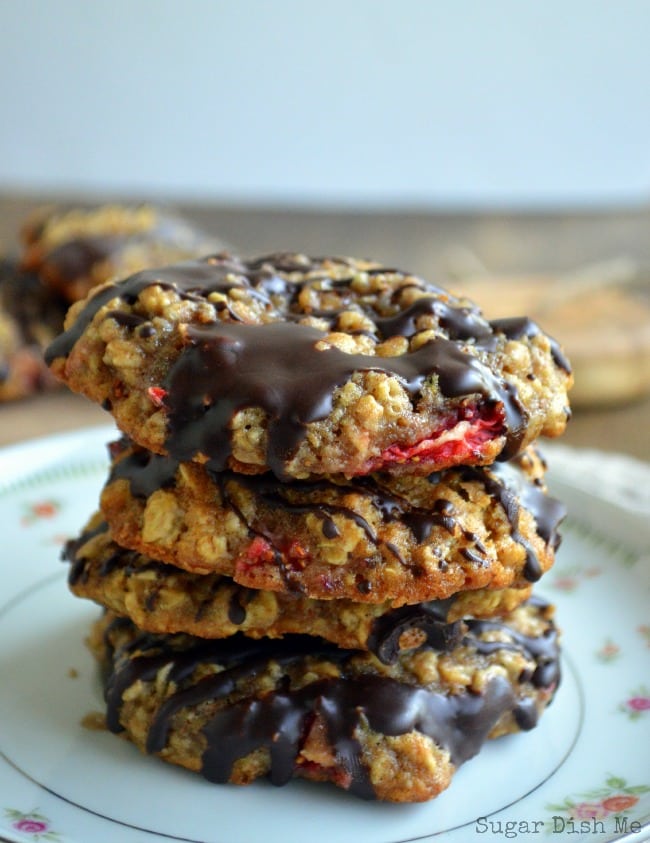 OMGoodness! I (by some accident) woke up @ 4:00 am and switched on my laptop just to see what happened in the world over night. I found you Heather and you're hilariously funny post about the 21 things about you. LOVE IT! I'll soon be 34 and feeling under accomplished at this point in my life. Your post made me smile, I have the exact same opinion of coffee. Thanks for a great start to a long day!

Hayyyyy! I'm 37 now, 34 was good, and I am so glad you found me here! Happy to make you smile and cheers to an awesome cup of coffee. ESPECIALLY if you got up at 4 am.

Emily @ It Bakes Me Happy

Heather you crack me up, I loved this post! Congrats :)

Happy Birthday, Heather and congratulations on your new home! It's so nice to see your wishes come true! Xo

Awww thank you Sandra! You're so sweet!

Love getting all this insight into the inner Heather!!

Thanks Joanne! Sharing more than just nonsense is kind of scary.

I loved reading this post! So fun to hear more about your world :) I'm glad you had a great birthday!

Thanks Marie! I DID have a great birthday!