Inspired by the Flamethrower Grillburgers at Dairy Queen, these Flamethrower Sliders pack a deliciously spicy punch! With spicy cheddar cheese, jalapeno bacon, and a spicy mayo, these tiny turkey burgers will be your new favorite. 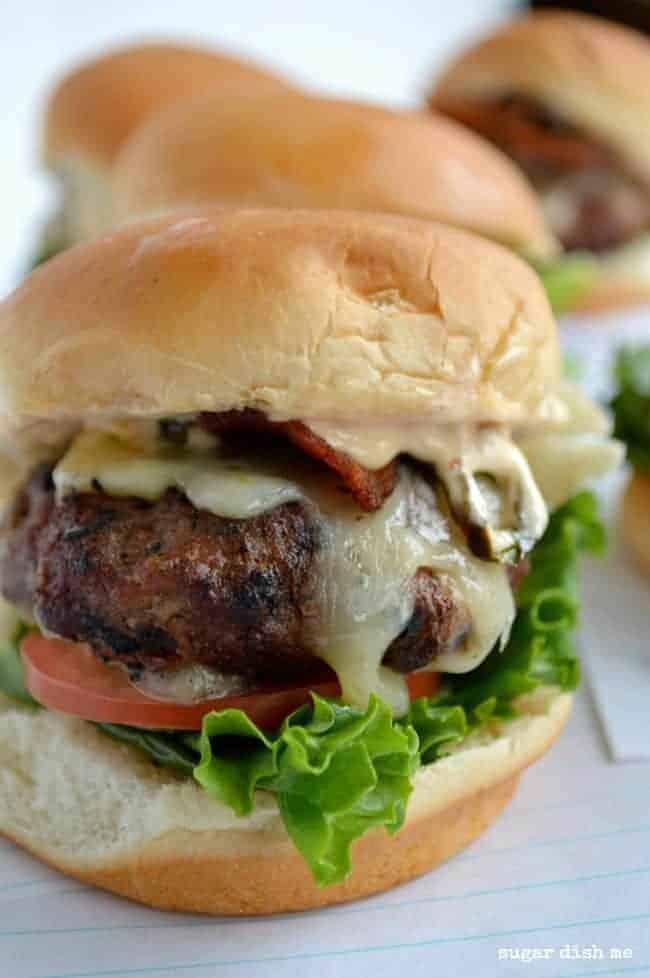 I think I have mentioned a time or two that I live with a fast food burger connoisseur. My other half is all about Burger King. Dairy Queen. Jack-in-the Box. We go round and round about his awful eating habits, but the bottom line is that Chad loves burgers.

The good news though, is that he really doesn’t mind my lightening things up. He doesn’t mind a turkey burger swap or even a veggie burger. So when he came home all excited about the Dairy Queen FlameThrower GrillBurgers, I knew I could keep all the flavor while knocking off some of the calories at home. That’s the place where these little Flamethrower Sliders were born.

yes I just said that. 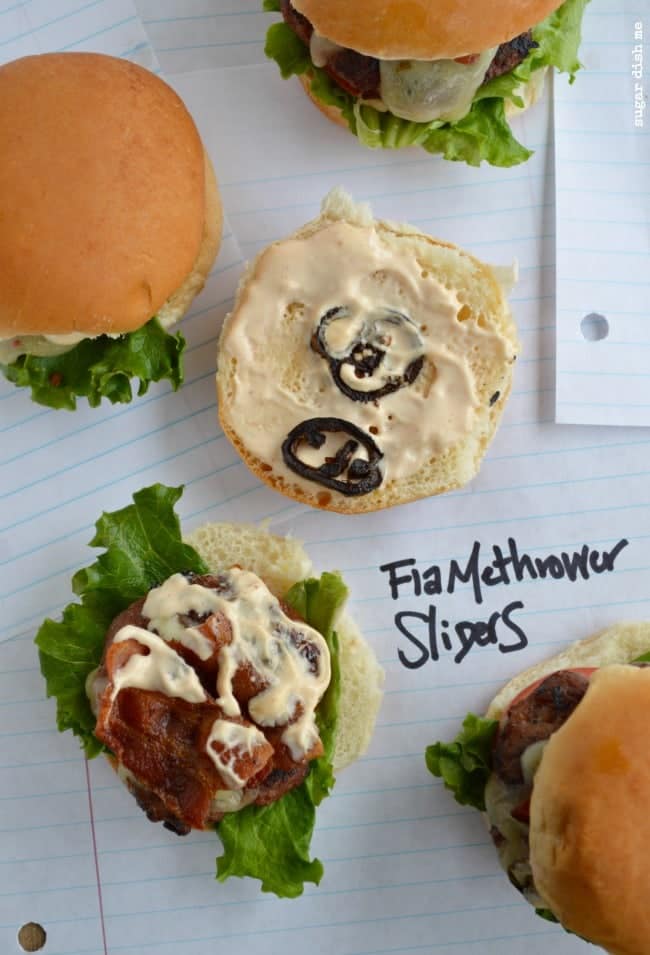 So let’s talk about jalapeno bacon. As soon as I heard those two words together I knew I was hooked (in fact, so much so that there is ANOTHER jalapeno bacon recipe happening next week It’s awesome, just you wait.).

You can actually purchase jalapeno bacon — sort of like you can buy peppered bacon. I’m guessing it’s some kind of magical curing process. But I was unable to find it in any of my local stores.

I took matters into my own hands.

I sliced up one whole huge jalapeno pepper and tossed the slices in the pan while I fried the bacon. I turned the pepper slices over when I turned the bacon, making them crisp all over. And when I pulled the bacon from the pan to drain on paper towels, I took the jalapeno slices with it.

The flavor of the peppers seeps into the bacon while it cooks. It’s not super hot, but then neither was my jalapeno, so I guess that verdict could go either way. I also opted to serve the crispy little fried jalapeno slices on the burgers. 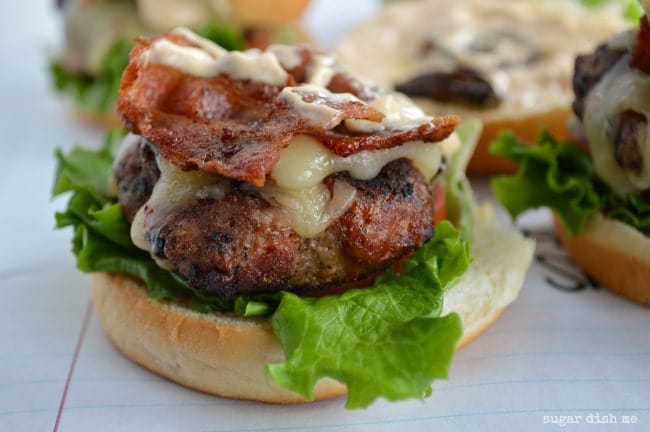 Back to trying to lighten things up though, I went with ground turkey for this recipe. We’re in North Carolina so we can grill year round, but you could definitely broil your burgers if you are snow bound.

Topped with Cabot’s Pepper Jack Cheese and a simple spicy mayo, these tiny burgers are totally full of flavor and just the right amount of heat. 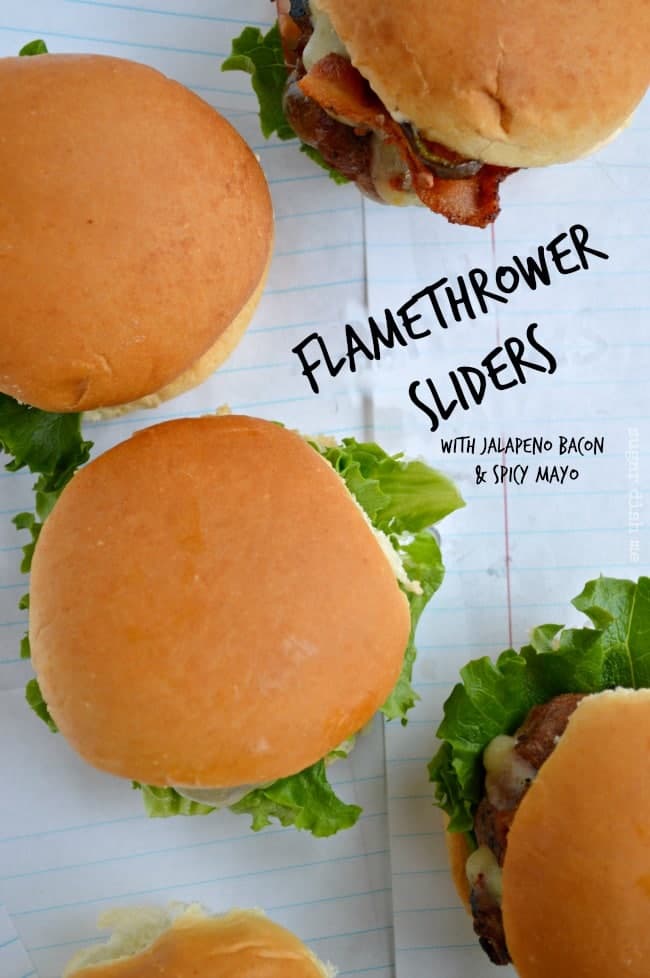 Inspired by the Flamethrower Grillburgers at Dairy Queen, these Flamethrower Sliders pack a deliciously spicy punch! With spicy cheddar cheese, jalapeno bacon, and a spicy mayo, these tiny turkey burgers will be your new favorite.

Did you make this recipe?