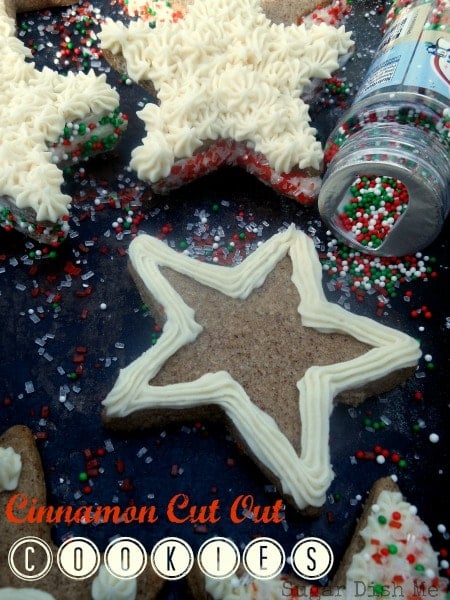 If you were here last year, you might remember my youngest guy trying to trip up my Christmas-ness by attempting to disprove/debunk the Santa Claus mystery. I’m not sure why anyone would ever not want to believe in Santa Claus, but apparently there are some kids at school murmuring some things. So instead of asking me what’s up directly, Evan has taken to sneak attack measures. Last year he asked for an elf hat from Santa. Like the hat from an actual elf.

This year he set his sights a little higher and asked Santa for an iPad. But he did offer a lower cost alternative — a tiny hand carved reindeer. 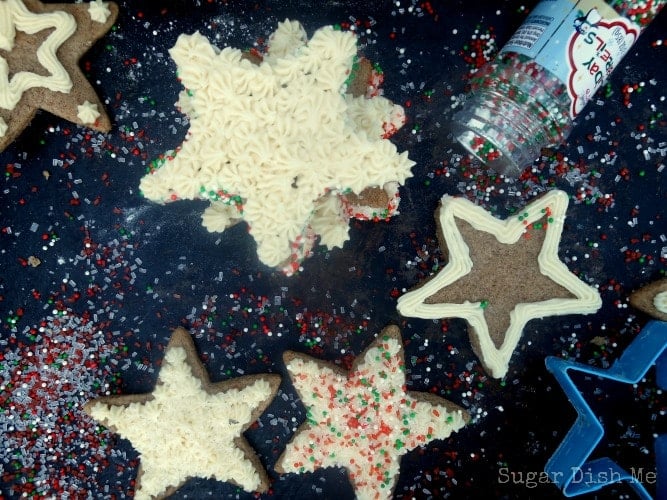 Since Santa is working overtime, I am sure he will appreciate all these cookies.

Really these were just an excuse to explode frosting and sprinkles all over the house. Santa doesn’t need to know. 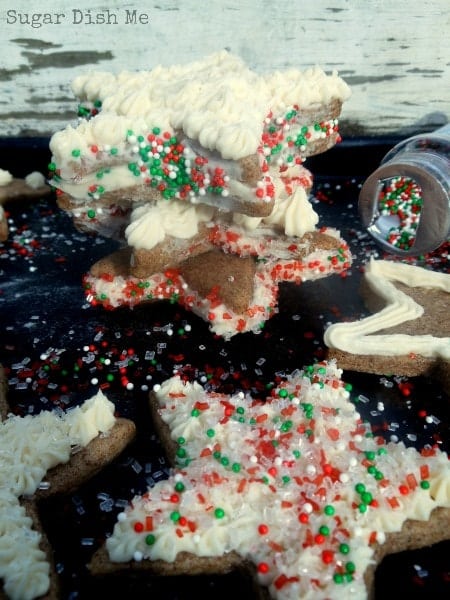 Print
Prep time
10 mins
Cook time
15 mins
Total time
25 mins
Soft cinnamon cookies that cut out just like traditional sugar cookies. These are so fun to decorate and make your whole house smell totally amazing.
Author: Heather Tullos
Serves: about 5 dozen
Ingredients
Instructions
Notes
Be sure to allow at least an hour for dough to refrigerate before rolling/cutting/baking.
Prep time listed does not include chill time, nor does it include the time it will take you to decorate (but they taste delicious right off the cookie sheet!)
3.2.2158 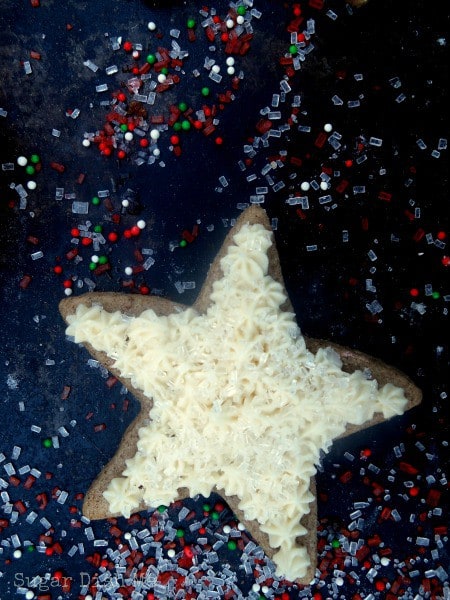 Haha what a smart kid you have! These cookies look very tasty- I'd go make some if I didn't have sugar cookies in the oven as we speak!

Thanks Amy! That kid is a total stinker. But Santa always wins. Hurray for cookies!