A quick little guide to Great Gifts from The North Pole. Presents every Santa-loving kid wants to find under the tree! Christmas magic! 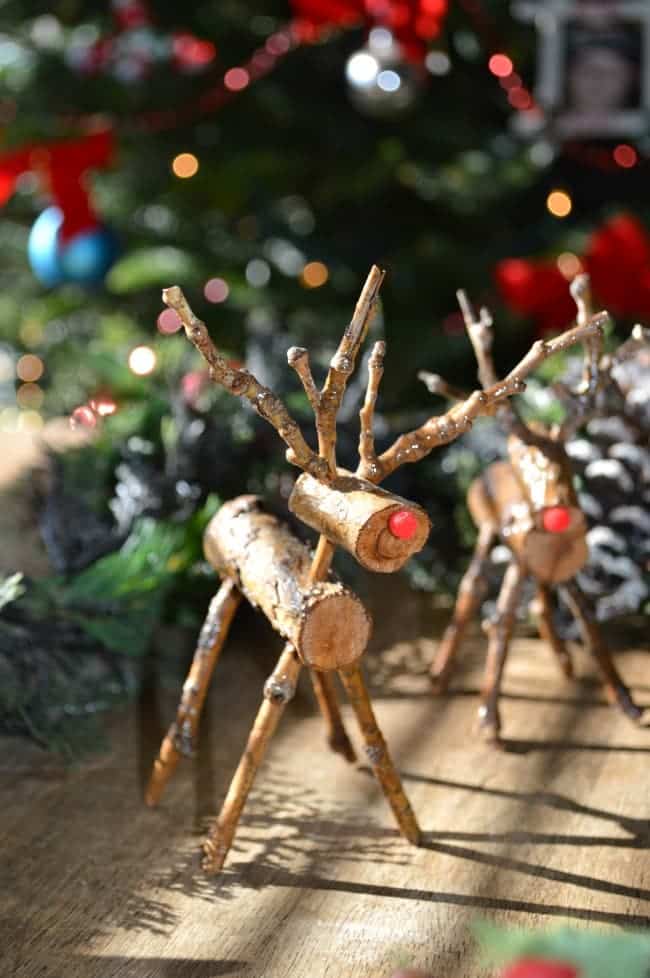 So here’s the deal.

I have a kid that is OBSESSED with disproving Santa Claus. He is 11 and no doubt goes to school with 167526578635 little know-it-all holiday haters that think Santa is a made up. Someone should tell those kids it is way more fun not to know all the things, especially when you are wrong about them. Because me and Santa? We like this {you can’t see me but I am crossing my fingers indicating that Santa Claus is totally a very close pal}.

This all started a couple of years ago. My youngest son started interrogating me about Santa, the North Pole, the elves – even REINDEER! I mean, everyone knows reindeer are real good gawsh.

Evan asked me how did I get Santa’s phone number? And why doesn’t Santa bring me presents? He wrote a letter asking Santa for a real elf hat because he needed evidence. Then he asked Santa for a tiny hand-carved reindeer. I mean, it is getting pretty real with the Santa Claus interrogation over here. I’ve managed to field all the crazy, but I got to thinking that I can’t be the only mama whose kids try to outsmart holiday magic.

Some of you might not know that Santa’s Elves HAVE ETSY STORES!! You can correspond online. They even have email. It’s all very modern and cool. I thought I’d pass along some of my favorites that have totally saved Santa’s red-felt-covered tail these last few years. This is a quick guide to Great Gifts from The North Pole – with 2 weeks to go we’d better get on it!

{None of these are affiliate links. They are just products I really love from Santa’s Helpers. Click the photos for the shops and purchase info.} 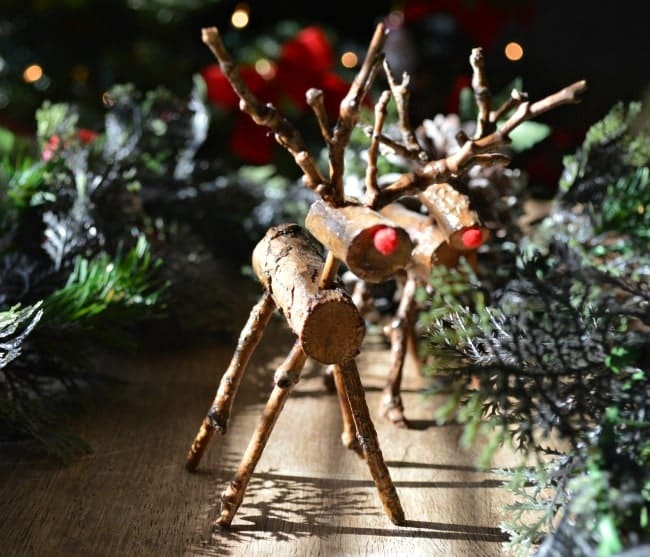 Last year Evan tried to bust his belief in Santa by asking for a tiny hand-carved reindeer. {!!!!!} Thank goodness I have elves on speed-dial! This is probably my favorite Santa gift ever. And I can’t say enough good things about this particular Etsy elf shop. Because as it would happen, dogs also like tiny hand-carved reindeer. After a little correspondence I managed to have Santa send another identical reindeer! Holiday magic at its best.

A couple years back Evan asked Santa for a real hat from a real elf. Fortunately this shop offers them in a zillion different colors. They are ready to ship, soft, perfectly warm, little helper hats. 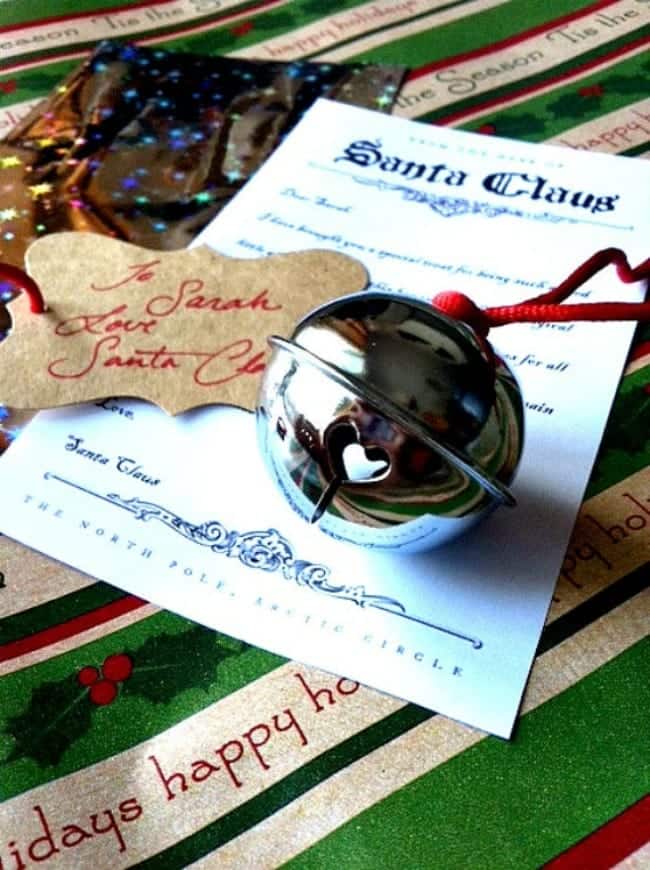 Can you even believe that Santa set aside all these magic sleigh bells just for the kiddos to treasure?! Very cool, right? And if you love the Polar Express this gift is even cooler. 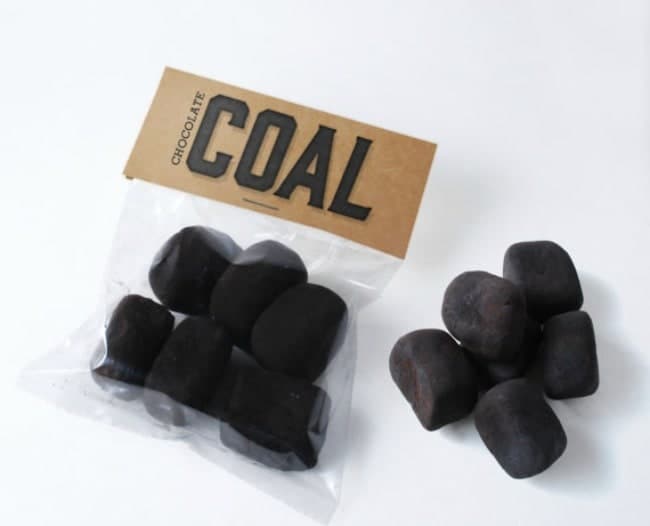 One year my sisters and I hid my brothers presents and said he was bad. I *think* we got some charcoal from the garage but I can’t be certain that my grown-up brain isn’t just making that part up. Anyway, it would have been significantly less mean with chocolate coal, right? 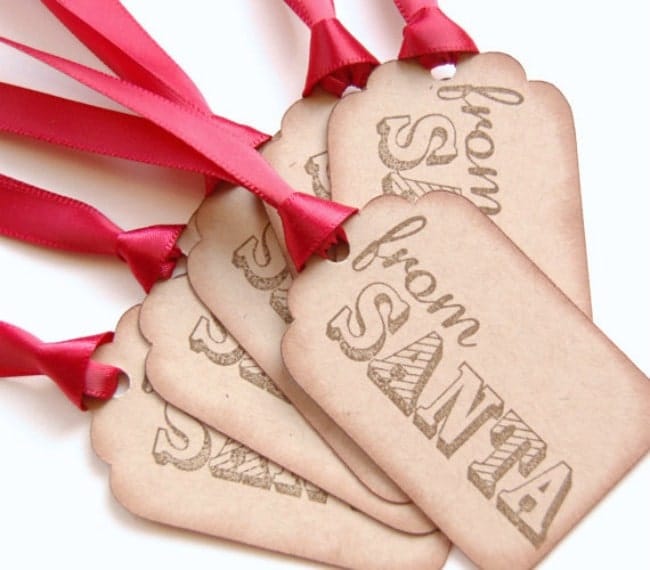 Santa never wraps our gifts! He *does* write the boys notes though. And puts these pretty tags on all the things he leaves. 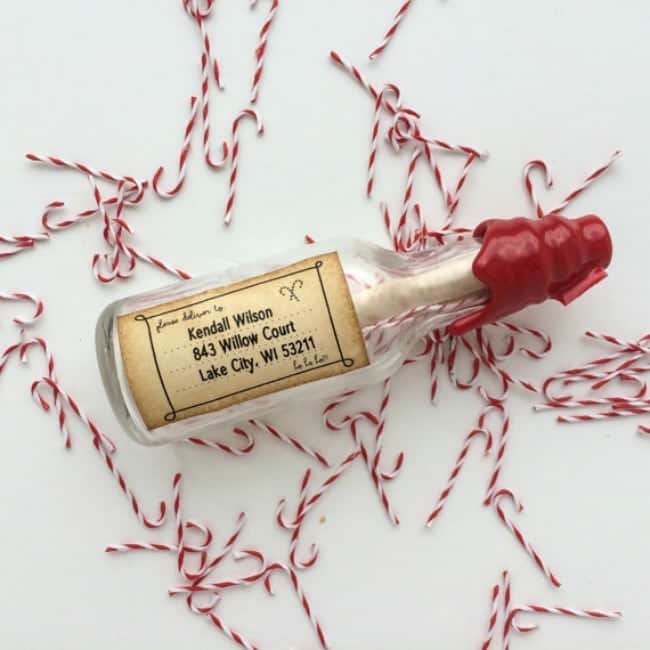 via Letter from Santa’s Elf

All the little disbelievers in the school yard could not refute this kind of Christmas magic. A note from an elf!!! In a bottle! Sealed with wax! This is the real deal.

Have other ideas? Got the direct line to some elves? Tell me all about it in the comments below!

What an awesome round up of gifts, that chocolate coal is hilarious :D