Bite Size Bacon Spinach Cheese Balls are exactly what you want to serve to a house full of bacon and cheese loving guests.

I realize that lately I’ve been rolling all of the food into little bite-size balls of appetizery goodness, but thus is the holiday season (also I just used the word “thus” in a sentence… Christmas-speak if I ever heard it).

Truth be told I have a recipe for bite-size BBQ meatloaf that I tested on my family a week ago and it was a HIT! but that and Carrot Cake Truffles and Bite-Size Bacon Spinach Cheese Balls seemed excessive all in one week. You still might get them before New Years though… we’ll see huh?

So this past Friday marked all kindsa stuff… the end of the world, the first day of winter, but most importantly it was our happy gift exchange with Chad’s family. I made appetizers here for his immediate family, we ate too many brownies, and then we went to his aunt’s house for sandwiches, these orange ball things that I can’t get out of my brain and I need the recipe for like STAT, and the yearly game of Dirty Santa.

Do you guys play Dirty Santa? It’s pretty fun if you have a million people to shop for. It would be great for an office Christmas party. Anyway our motto is usually to buy something you want and then fight for it except that two things happen every year:

1) Chad’s grandpa likes to hide his presents so no one can take them from him. This year he hid a super serious flashlight somewhere in the sofa.

2) Chad’s grandma has like all this residual guilt about taking presents from people. Like she feels REALLY bad about it. She was still worried about taking a present from me last year and I honestly don’t even remember what I ended up with.

They are very cute grandparents. 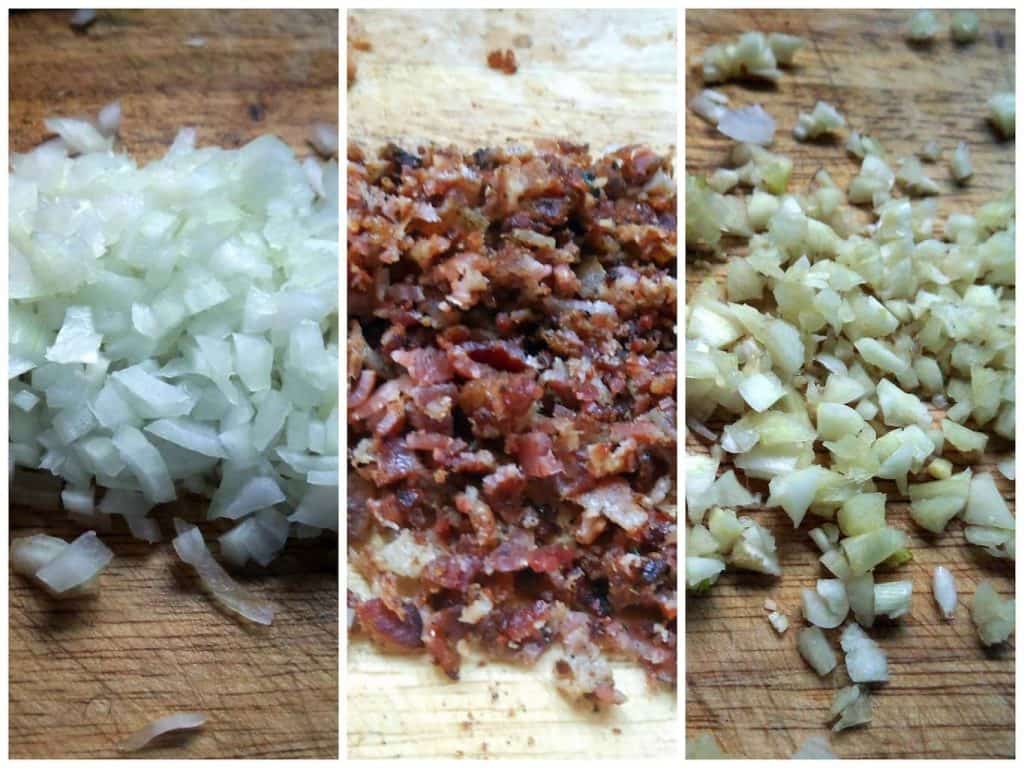 We haven’t had visitors over here in awhile , so on Friday I also learned that Norma Jean is terrified of strangers. I think that maybe she thought that we were the only people in the world… and now she knows different. Chad’s mom walked in and Norma, who was attempting to bolt out the back door, scrambled away so fast across my kitchen floor that her feet came out from under her. She hid under the bed, eyes as big as saucers, for hours after our guests were gone.

All in all, though, I think Christmastime has been pretty fun for Miss Norma Kitty Jean. Just wait until she gets to play with all the wrapping paper… 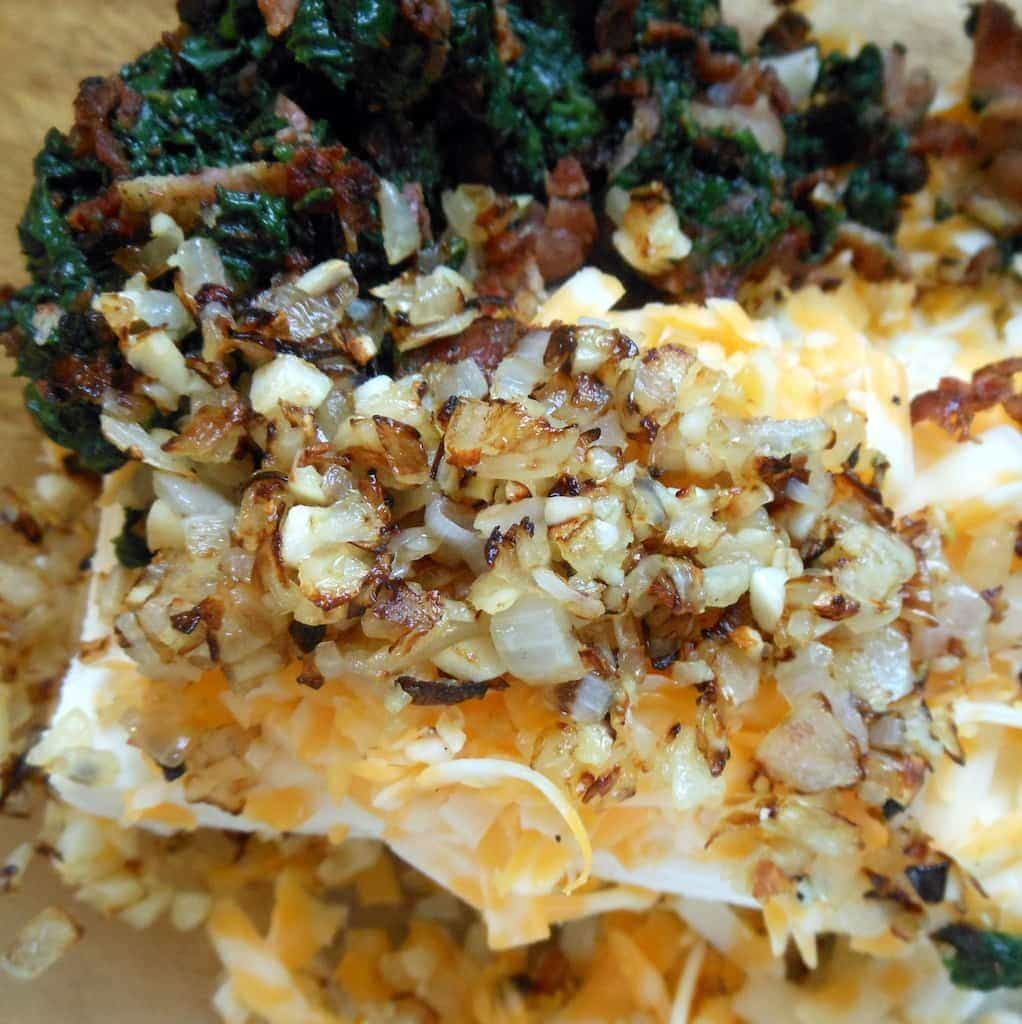 Okay, so… cheese balls. The idea for bite-sized cheese balls came from Jessica at How Sweet It Is when she made these goat cheese truffles. I was going to make those but finding goat cheese is surprisingly difficult around here, especially considering that probably half of my neighbors keep goats. It must be the companionship they’re after?

Anyway, on Thanksgiving I made a jalapeno bacon cheese ball and it was totally devoured. The only problem was that I ended up with some crazy genetically altered jalapenos that were extra super hot.

So the bite size bacon spinach cheese balls were a mish mash of appetizer favorites: spinach dip, bacon, and cheese.

I made these little goodies on Friday and served them here and they straight up disappeared. They. Were. Delicious.

And EASY. This recipe is so easy!

Print
Prep time
15 mins
Cook time
10 mins
Total time
25 mins
Bite Size Bacon Spinach Cheese Balls are the perfect appetizer for a party full of cheese lovers.
Author: Sugar Dish Me
Serves: 10-15
Ingredients
Instructions
Notes
You can use this recipe to make one big cheese ball instead of a zillion smaller ones. It saves a little prep time if you're in a pinch.
3.5.3226
Rolling all the food into appetizer-sized portions. Eating everything with crackers instead of utensils. Bourbon spiked hot chocolate. It’s the holidays you guys!! I’m sooooo excited. 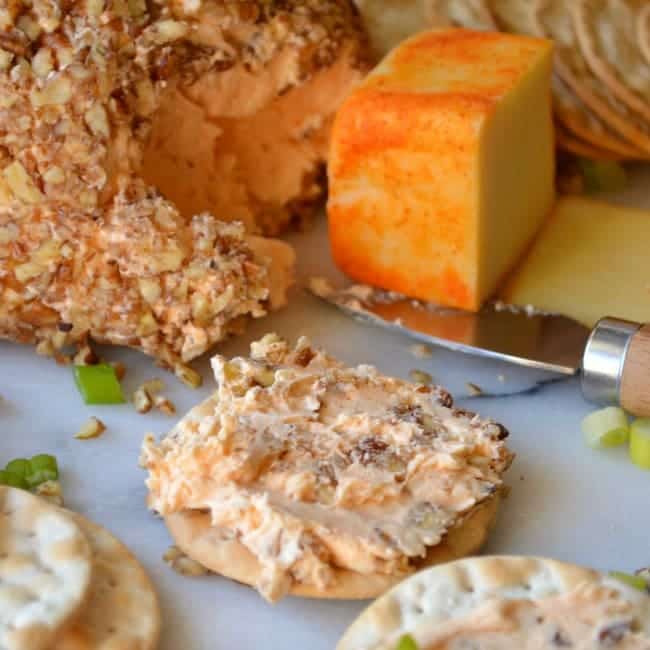 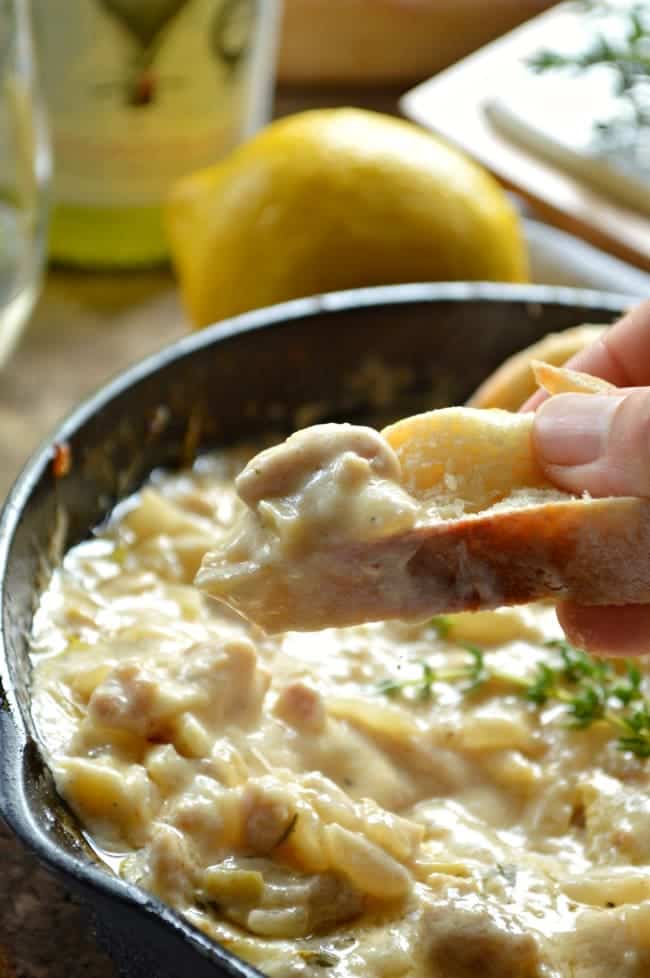 Thank you. I'm new at this so I took a look at My Fitness Pal and downloaded it today to try. Oh my gosh what a wonderful and easy app! Thank you !

Any idea about the nutritional information, mainly carbs ?

Hi Susan! I usually calculate my calories with My Fitness Pal. I don't post nutritional information here because products vary so much. I do like to use 1/3 fat cream cheese and Cabot has a really terrific 50% less fat white cheddar. Carbs will be really low here because there's nothing sweet or breaded, but I do serve cheese balls with crackers so that will be another variable. I hope that gets you pointed in the right direction a little!

I'm glad you had a nice time with Chads family, his grandparents sound adorable!!!!!!! Thus forth and furthermore (see what I did there? lol) your balls look yummy!!! I never heard of dirty Santa but it sounds like fun!!! I'm intrigued by these BBQ meatloaf balls in which you speak lol Norma Jean in pine lol Adorable!!! Oh and I love the three part photo that is awesome looking!!!

Yum! Looks like a New Year's Eve appetizer I can whip up!

Those sound delish! And you need to invite Tom's sister to your party--she is super passive aggressive and enlists her grandchildren to take the presents she wants. Inevitably they retaliate, but it is so the drama. On second thought, don't invite her--it's exhausting. Merry Christmas to you all!!!! I can't wait to see what recipes you share in 2013!