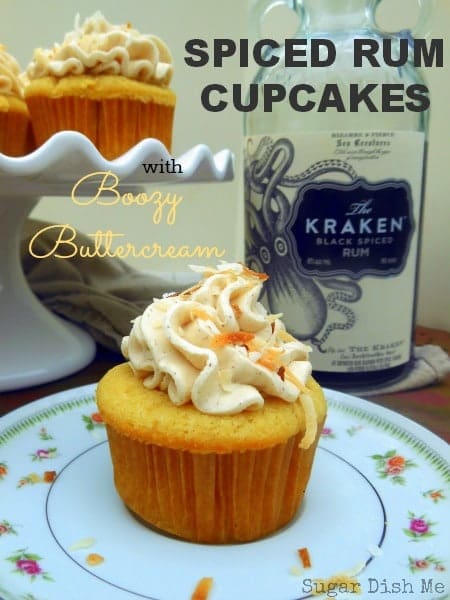 I think offering up a boozy treat on Fridays should be a tradition. Last week it was Apple Cider Sangria. This week I put like half a bottle of rum into some cupcakes.

I mean, the week is long.

I think I would like to take a break except I keep acquiring little creatures to take care of. There is Norma Jean, who is actually the most low maintenance out of everyone except for the fact that she steals my water glass at least once a day. Little Lucy Girl has a major breakdown every time I leave the house. She is a freaker-outer. Gidget thinks she needs to sleep right in my face every night and while she’s really cute and snuggly, it kind of keeps me awake. 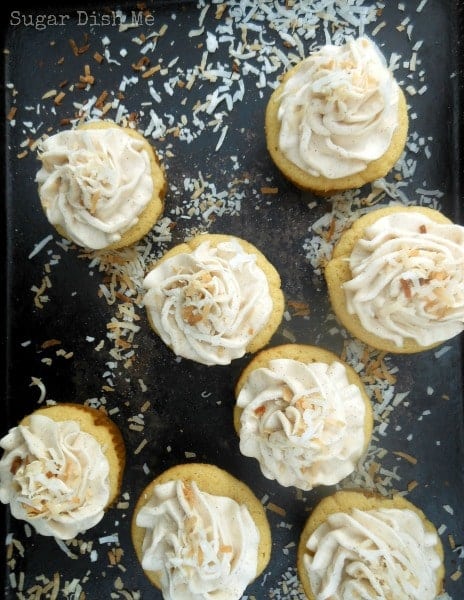 In the last week or so though, my really [un]cool neighbors seem to have acquired some more pets they can’t take care of. One kitty and two more kittens that have figured out I’m a super nice bleeding heart so while I’m sitting here working they climb up on my chairs out on the porch and peek in the window at me.

Nothing like three little kitty faces peeking in your windows to distract you.

And of course I feed them.

And of course Lucy does back flips and acts like she has never ever seen a cat before whenever we go outside. It’s all very exciting. 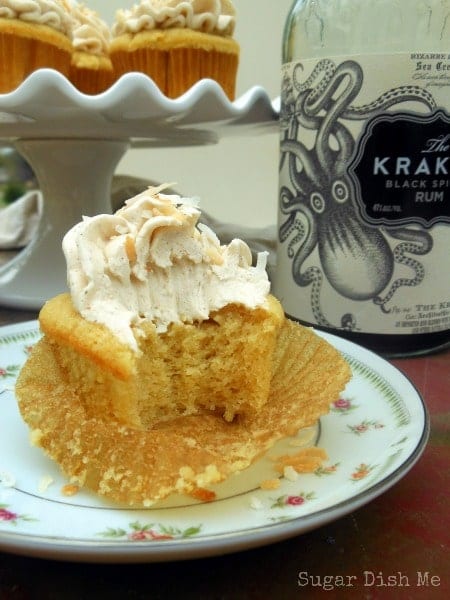 Also exciting: This month’s Spiked Recipe Challenge! These cupcakes are my entry. I should win, right? Just agree.

These soft little buttery cupcakes are loaded with spiced rum — The Kracken Black Spiced Rum to be specific. I am totally seduced by cool labels. But the lady at the liquor store also recommended it for the strong spiced flavor. She was right! It’s delicious. I took it a step further and boozed up the buttercream which was a really great idea so I’ll be doing that again. Butter. Sugar. Rum. YES.

Make these cupcakes and have a great weekend! 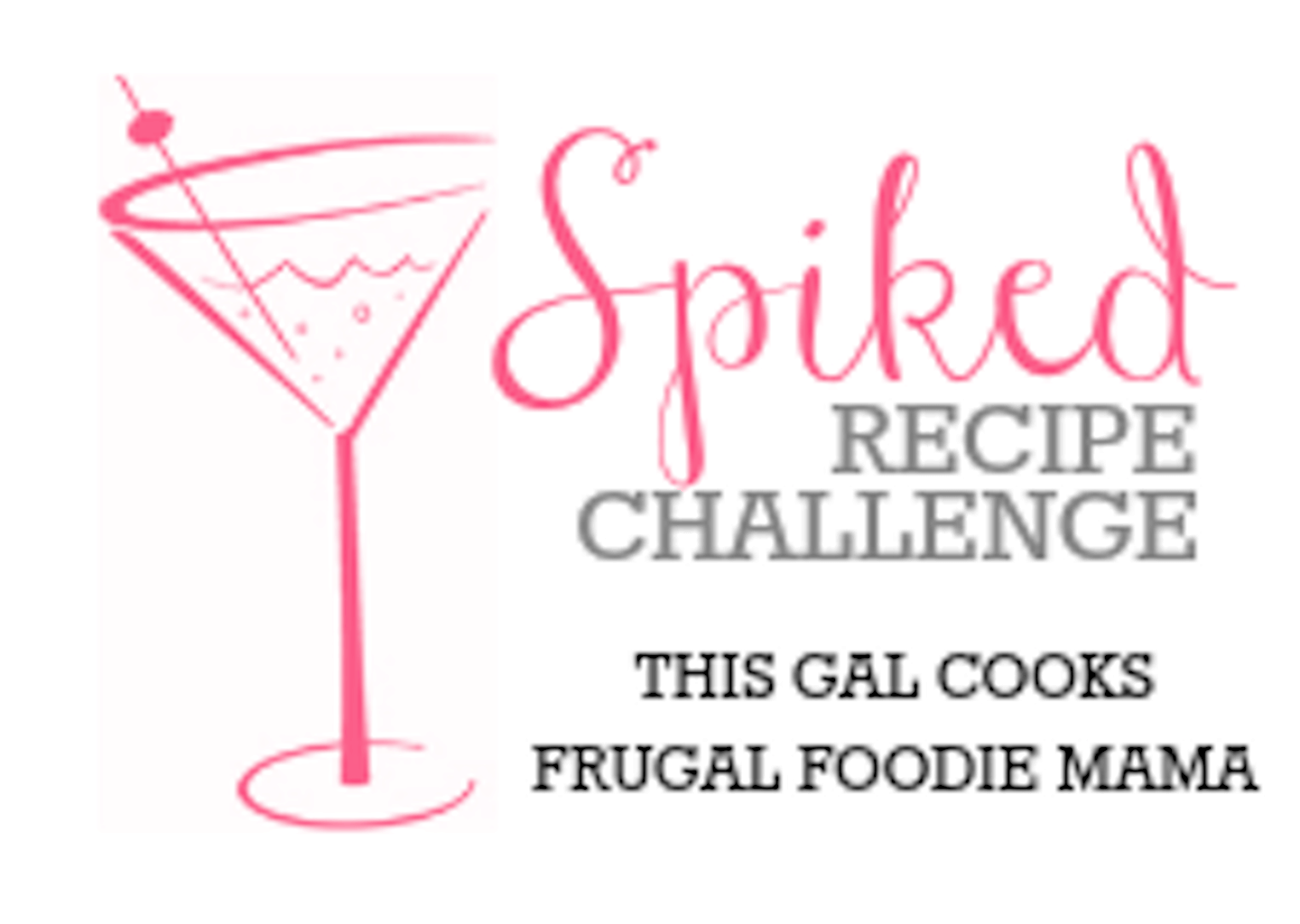 Love the recipe! 2 questions - will it work the same if I sub SR flour for flour, salt and bp? Also what if I don't have the instant pudding, can I leave it out?

This was so good. I brought a batch to a cookout and they were gone in no time, everyone was raving about them. I kind of wanted to see what this would be like if I made a cake with it. Do you think I would just have to adjust the time that it cooks in the eight or 9 inch pans?

Hi Ashley! This is on my list of things to test but I've not actually tried it! Baking time will definitely vary with a cake pan. So glad you enjoyed these!

I love these cupcakes they are a hit every time I make them . I wanted to make a smaller batch maybe about only 12 cupcakes because this recipe always leave me with a little more over 24 cupcakes.. would you recommend just using half of the whole recipe or how would I go about making a smaller batch?

Yes - I would try halving the recipe, though sometimes with baking that can send things off in the wrong direction, so definitely TEST it first before you are going to need to serve them!

Heather~ These are AMAZING!!! I agree the Kracken Black Spiced Rum is the best!!! This recipe is a family favorite and frequently requested, especially during the Holiday Season. Thanks so much for sharing. :)

Thank you so much Sheila! I am so glad you love this as much as we do! This is a fave going way back. Thanks for taking the time to let me know!

If I wanted to make this into a cake instead of cupcakes any idea how long you'd cook the batter in round pans instead?