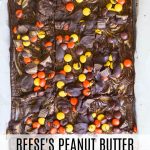 Reese’s Peanut Butter Cheesecake Brownies start with a box of brownie mix! Swirled with peanut butter cheesecake and loaded with ALL the Reese’s everything.

These brownies are so good that I almost don’t quite know where to begin telling you about them. Like … I would tolerate a LOT of annoying things to enjoy a good brownie on most days. But these Reese’s Peanut Butter Cheesecake Brownies are pretty much next level.

For these particularly amazing, rich peanut buttery, fudgey cheesecake brownies full of deliciousness I would: 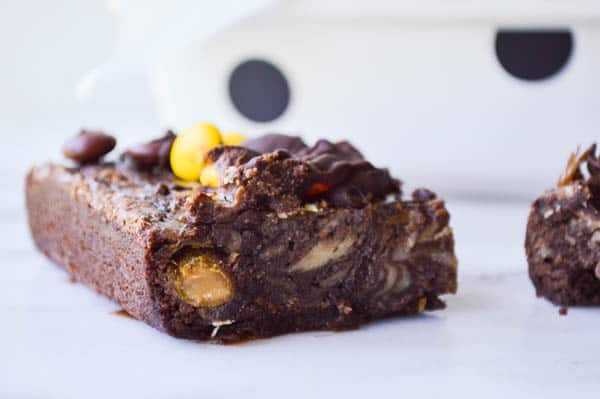 When I first brainstormed these brownies, I was going to make them  for Chad’s birthday.       It’s not until July.

Then, while grocery shopping, I spied a big bag of Reese’s Pieces, and I wanted an excuse to buy them, so I tucked them in between two heads of lettuce and then discreetly steered the cart towards the baking aisle for!! Brownie mix.

Yes. A box. Of brownie mix. 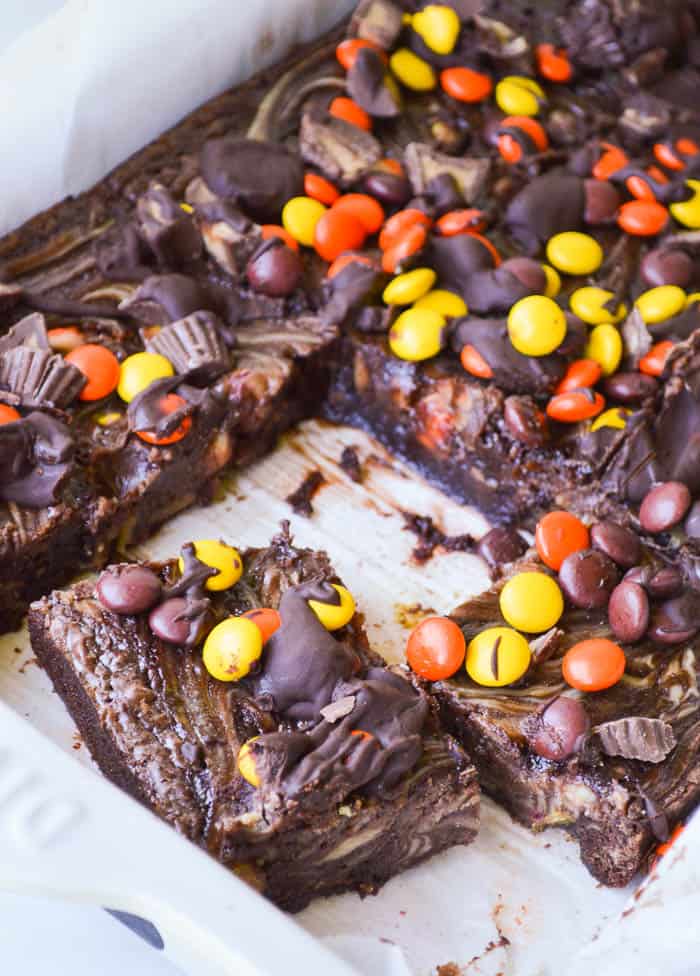 I suppose I could have made Best Basic Brownies, but chocolate chips (which that recipe calls for) are more expensive than brownie mix. What’s that all about? Also – while I am VERY snobby about brownies, I should be clear that I am not at all opposed to brownie mix.

Brownie Bottom Ice Cream Pie and Everything but the Kitchen Sink Brownies are living proof that good things can come from boxes. The peanut butter cheesecake is not from a box, but it is crazy easy. It’s swirled through the brownie batter so you have the perfect amount of peanut butter and chocolate in every bite.

I have a major problem with melting chocolate in the microwave. I want it to work… but it doesn’t work [for me]. The chocolate is not melty enough, and then BAM! Burned chocolate. I stick to the stove, and I don’t gamble with chocolate. So chocolate + heavy cream + saucepan = ganache. It goes on the brownies and sort of glues all the candy bits in place. 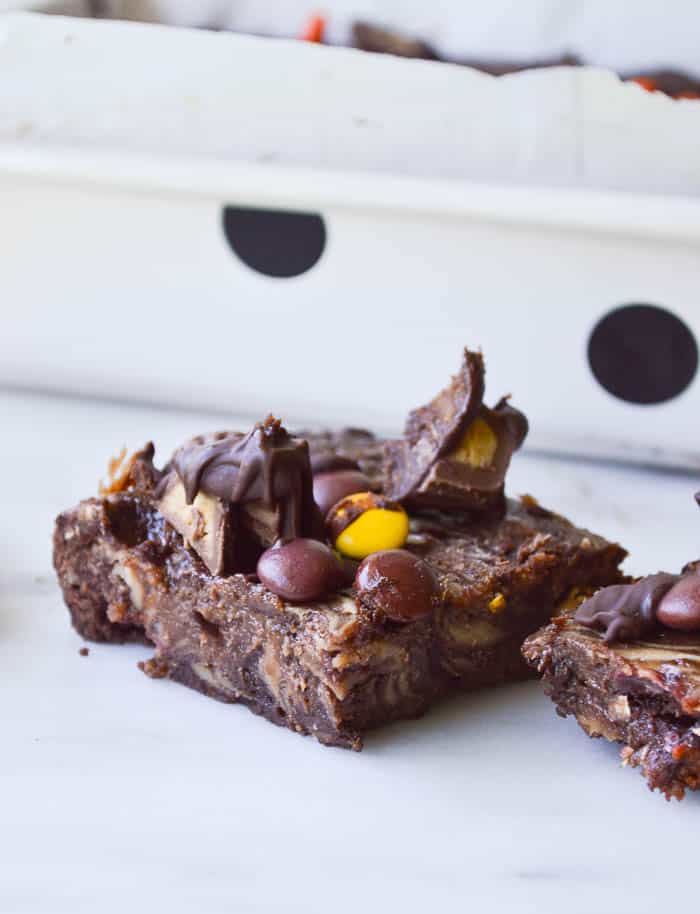 These brownies are best chilled because of the cheesecake, but I recommend slicing with a HOT knife (run it under hot water, wipe with a towel, slice, and repeat). I cut into the brownies before they’d cooled completely because I have no self control. I was just a teensy bit excited.

One morning I woke up and half a plate of brownies was missing from the fridge. So someone else around here was excited about brownies, too.

Need more brownies in your life? I got you. 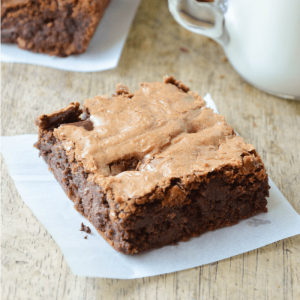 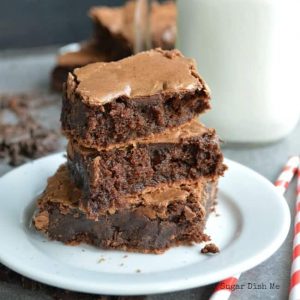 Copycat Starbucks Double Fudge Brownies probably top my list of best brownie recipes. They are the perfect density, and are a good cross between fudge-like and cake-like brownies. PLUS there’s the perfect layer of crackle on top. They are must-try for sure.

Chewy Fudge Rolo Brownies. The Rolos melt into the brownies when they bake. Need I say more?

I made these brownies in my initial test following the “cake-like” instructions. They had plenty of height, but the pictures you see are sans the third egg and using the "fudge-like" instructions.

Adapted from an original recipe on Pip & Ebby

Wow this one had me at the title!! Reese's peanute butter in a cheesecake brownie form is knock your socks off goooood!! Damn I wish had a Reese's peanut butter cup now. That is making my mouth water!

Amazing! All those flavors at once?! That is heaven, heaven, I tell you! These go to the top of my list to make!!

I was thrilled with how simple these were with such rich and stunning results. We LOVED them!