Normally they are sans the giant marshmallows and they call for regular Oreos, but you get the idea.

I used my favorite Chewy Salted Chocolate Chip Cookie Recipe for the base, layered in as many S’mores Oreos as I could fit in a single layer, poured in my Best Basic Brownie Recipe, and then stuck all that good stuff in the oven.

Being patient is the hardest part.

Then I gummed up my kitchen scissors by cutting giant marshmallows in half and layering them across the top. Broil just long enough to put a pretty brown on the top of those marshmallows and let those babies cool. 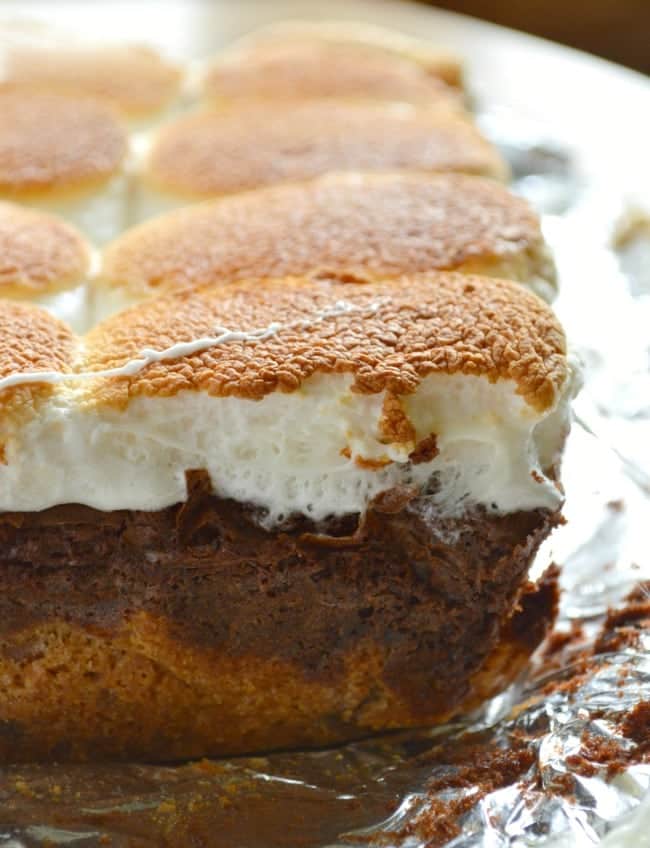 A warning: These brownies are UNBELIEVABLY rich. I had to cut mine into pretty small pieces to even be able to handle them. But they are so worth it. So so SO worth it.

I find that massive scoops of ice cream also help. 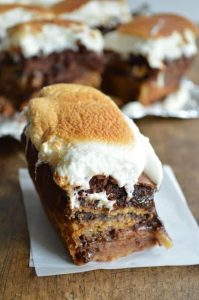 Wahhhhh bummer! You can make the brownies here with the marshmallow and graham and use regular Oreos

So... these brownies look so ridiculous and wonderful right now that I cannot even handle it. And I desperately want to make them because, well, duh, s'mores and brownies and Oreo's and chocolate chip cookies. Nice work!