Blueberry Cinnamon Oatmeal is healthy, hearty, and so easy to make! This simple homemade oatmeal comes together on the stove top in just a few minutes and can be made with fresh or frozen blueberries. 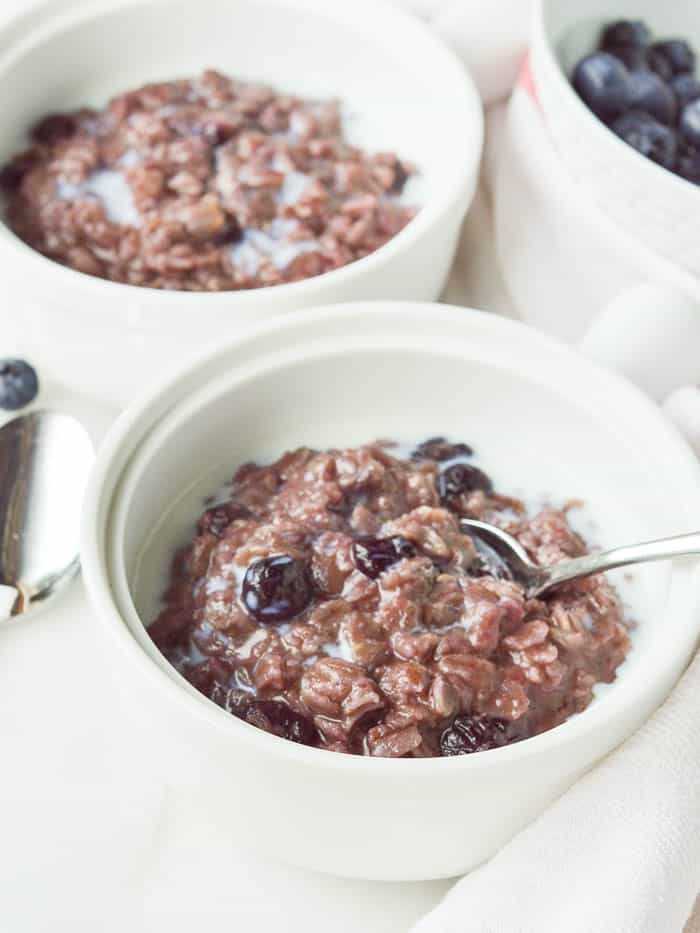 This recipe is easy, hearty, and despite my always making it on the stovetop, it’s quick!

We threw my sister a baby shower today, and I ran outta the house at 9:30 am to help set up. The drive is about an hour, and halfway there I realized I’d not had breakfast.

In anticipation of the buffet of cupcakes, chicken fingers, cookies, and bottomless mimosas that I knew lay ahead, I decided to try to eat SORTA good – like as good as can be managed while driving up  I-85 and in a time sensitive situation. 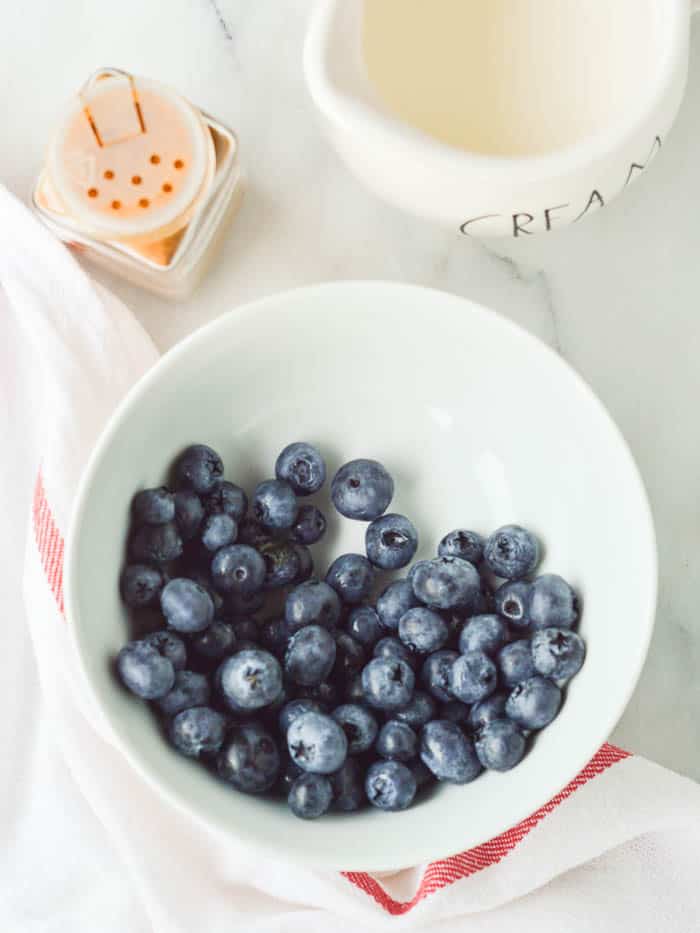 So I went to Starbucks, and gambled that going in would be faster than the drive thru and I was dead wrong.

I feel like a lot of my recipes start with me being annoyed about something, and Blueberry Cinnamon Oatmeal is no different. I waited a solid 10-15 minutes for my Starbucks Blueberry Oatmeal and dirty chai latte – like they TOTALLY forgot about me – and when I raced back out to the car and hit the road with blueberry oatmeal and espressoed tea in tow, I was UNDERWHELMED.

It was fine, but it was none of the things I wanted it to be. So I fixed it.

Once upon a forever ago I made this Apple Cinnamon Oatmeal and it got REALLLYYYY popular. That was in 2012 and you guys are still making that oatmeal and tagging me on Instagram, which is basically my favorite. That recipe is very similar to this one! And the technique is identical.

Here though, I broke it down just a little bit.

Do I Make Oatmeal with Milk or Water?

A point of contention! 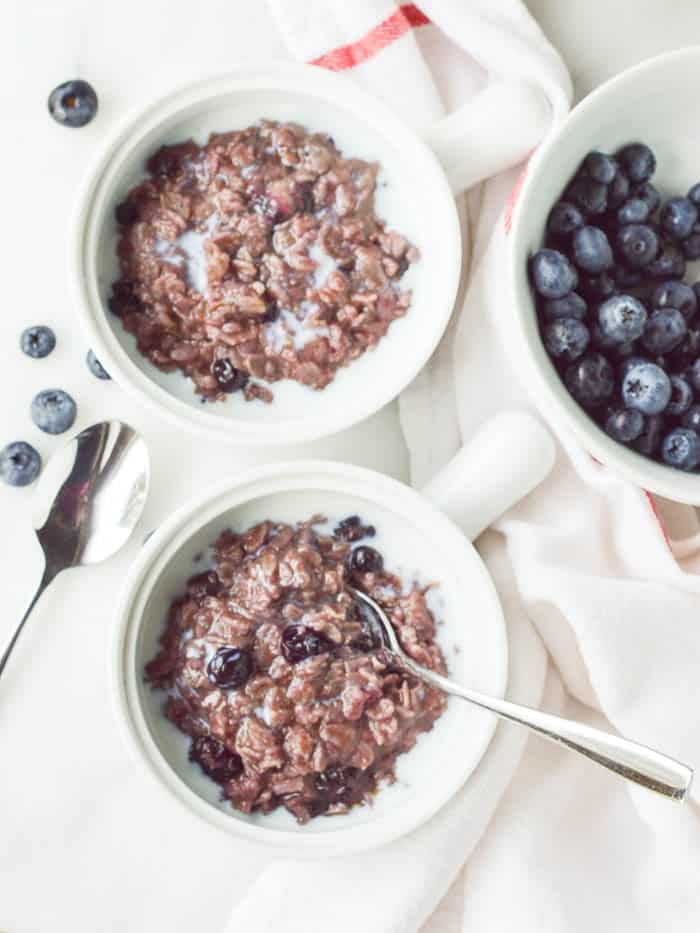 Awhile back I also wrote a recipe called Perfect Stove Top Oatmeal. If you sort through the comments there, people have a LOT of feelings about whether you should make oatmeal with milk or water.

Most of the people voting for milk are in the UK, and I don’t actually think either way is really right or wrong, they are just different.

I make my oatmeal with water. Here’s why. 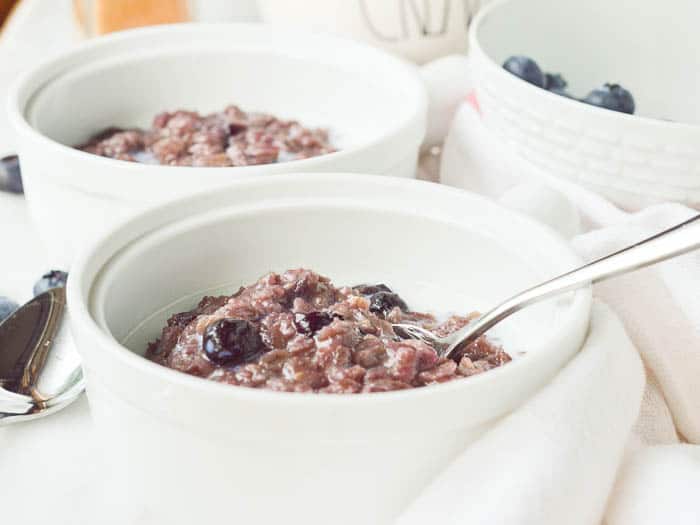 Does Cinnamon Go With Blueberries?

Fine Cooking says yes, and I feel like they know some stuff. ALSO all of my crumble and cobbler recipes also say yes. (Peach Berry Crumble <<<—– MAKE IT!)

How to Make Blueberry Cinnamon Oatmeal Vegan or Gluten Free

Making this recipe vegan just takes a tiny bit of adjusting. Coconut oil works well in place of the butter. And obviously you can just do without the milk, OR switch it up for almond milk, oat milk (one of my new favorites), soy milk, etc. 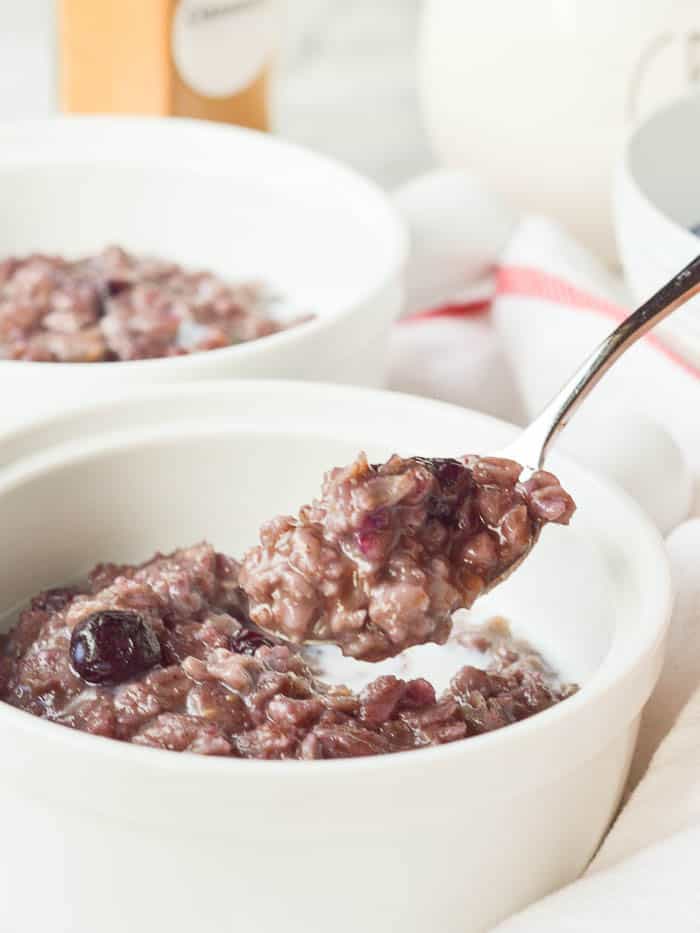 This recipe is not at all underwhelming. the berries – fresh OR frozen – are perfectly spiced so that your breakfast tastes a lot like dessert, but it’s heart -healthy and there’s no baking. Skip the Starbucks drive thru. You totally have time to make breakfast.

Excellent quick oatmeal recipe! We've made it 4 times in the last week and love it. Thank you

I searching to find rato of water-oatmeal and found your "Perfect Stove Top Oatmeal" post. That recommended this variant and I had fresh blueberries, so away I went. This is very easy to make and came out wonderful on my first effort. It's delicious!